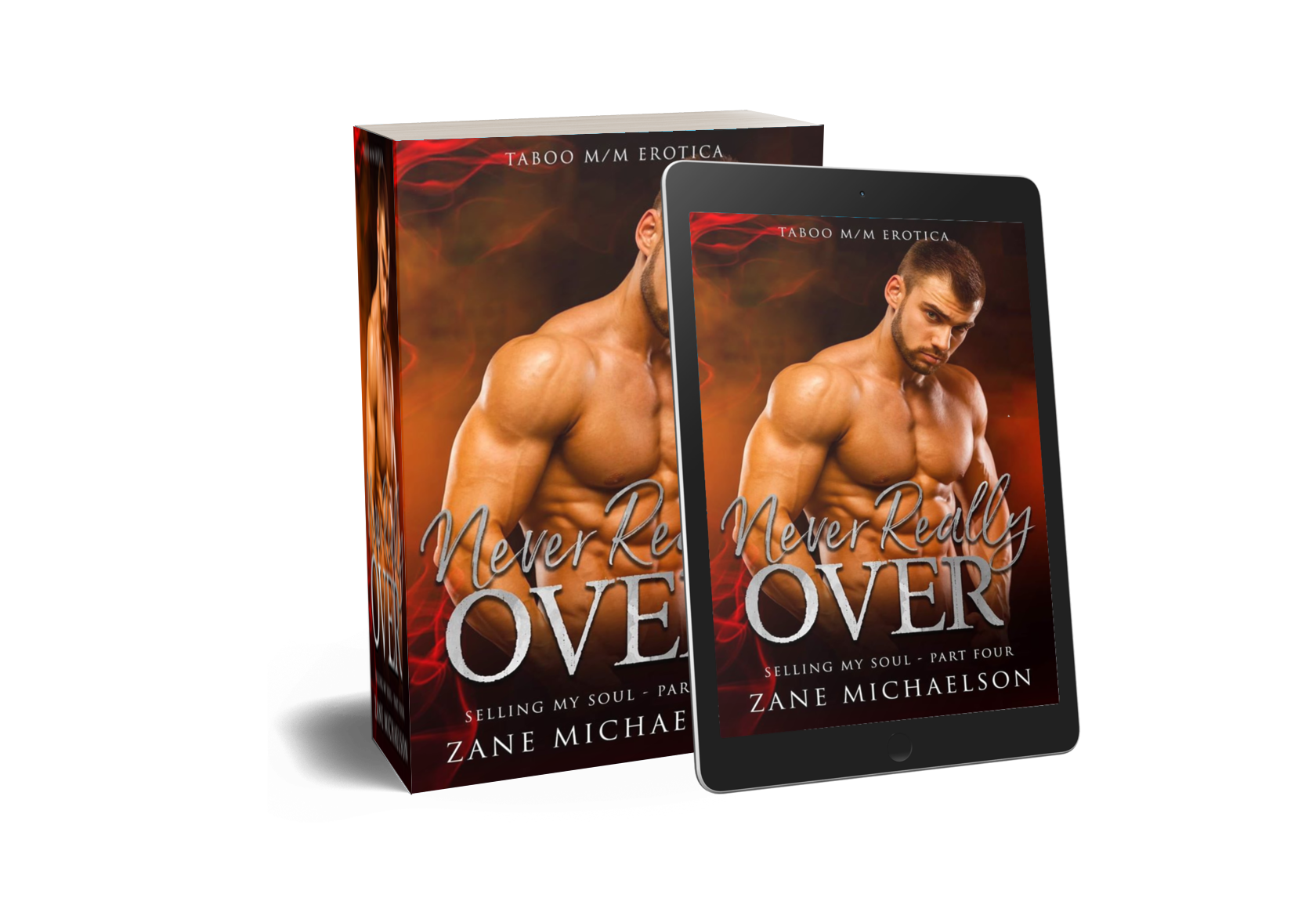 In this series, the dark, taboo world of the underground sex trade is exposed for what it is. A horrendous crime, with innocent victims and evil minds. Never Really Over brings us into Zara Mulaney’s quest to bring down the woman she believes to be the head of the organization.

I’m completely invested in this series and it’s characters. The suspense and need to know more, kept me turning the pages, falling deeper into the story. I feel as if I’m standing at Zara’s side, seeking justice for Tyson Reece and the others who have been affected.

While reading book 4, my emotional roller coaster careened out of control. Each chapter had me creeping up the steep incline expecting the usual drop. Instead I fell hard, only to be whipped through a corkscrew and turned upside down. Twice I shouted at my e-reader as new details were revealed. I never saw it coming.

As I don’t write reviews with spoilers, I won’t be able to provide more details. You’ll have to read Never Really Over yourself to experience your own roller coaster ride.

Three years after the events that took the life of her friends, Zara Mulaney has left the police force behind and relocated to Cologne, Germany.

Desiring retribution against Lena Aarden for her part in Tyson Reece’s death, she positions herself as close as she dares, knowing one day soon, their worlds will collide once more.

Fearing she is being followed, Zara quietly snoops around an abandoned warehouse once known to have been used by Lena and her associates, but while there, fear becomes reality–Aarden knows every move she is making.

Ordered to leave the country and return home, Zara remains undeterred and stands her ground, refusing to be scared off.

Time is running out but amid her fear and isolation, unexpected allies make themselves known.

Could their presence tip the scales in Zara’s favour?

Read ‘Never Really Over’ and find out.

My name is Zane Michaelson.

I was born and raised in the North West of England, but moved away to study Law at University, before returning and meeting the woman of my dreams.

Now, I live in Cheshire and am married to my dream woman and have two beautiful children.

Since then I have released many more books, including a co-write with my wife, Jenna Michaelson.