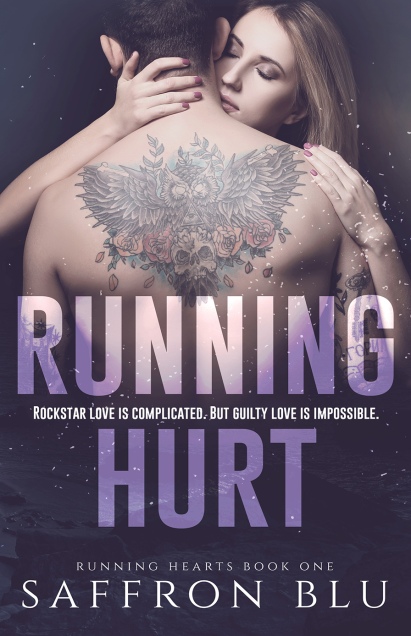 A concert.
A superstar.
A wayward girl.
What could possibly go wrong?
Saxton, the lead singer of Running Hearts, has one rule.
Don’t. Do. Fans.
But a chance meeting with Aimee Jonas smashes that rule to bits.
Being knocked out by Dominic Saxton wasn’t part of Aimee’s game plan.
She falls hard and fast, in more ways than one.
Rockstar love is complicated.
But guilty love is impossible.
And in the end, they might be running hurt. 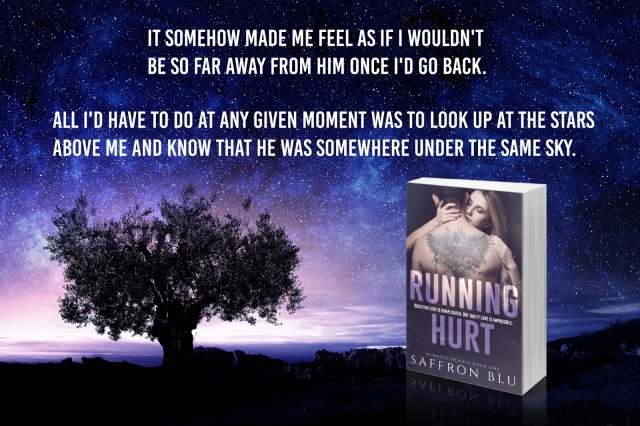 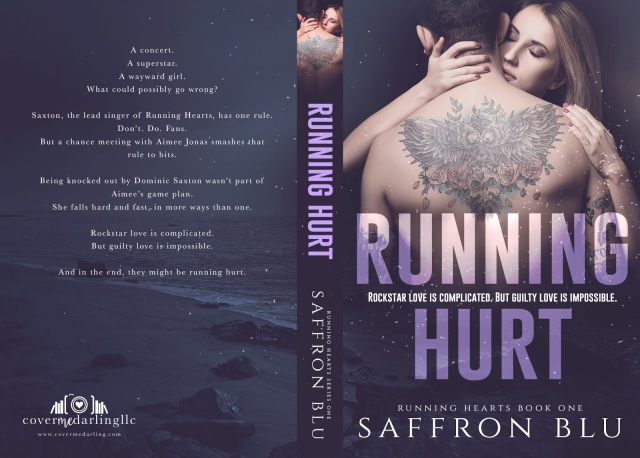 Saffron Blu is a romantic at heart. Spending her time writing stories where souls collide,
all while looking for her own soul mate.
The mountains and beaches of SE Queensland, Australia, is where Saffron calls home.
Her characters are the loudest when she’s got her music blaring, drowning out the real
world.

Just a mom who loves to take road trips, read and share my thoughts. View all posts by The Redhead 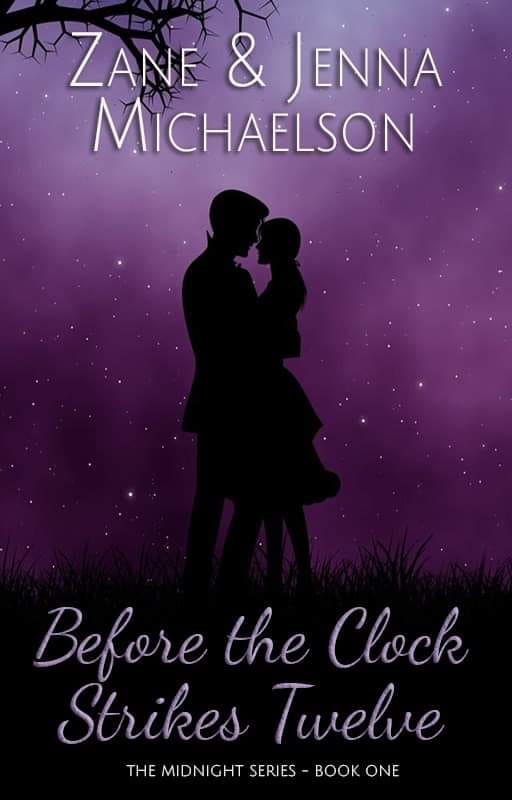 ╔•*❈*💛❈*”˜˜”*☀️*”˜˜”*❈💛*❈*•╗ * ░P░R░E░ ░O░R░D░E░R░* ╚•*❈*💛❈*”˜˜”*☀️*”˜˜”*❈💛*❈*•╝ 'THE CURSE OF DRY VAGINA' by Zane Michaelson & Jenna Michaelson Author eBook, Kindle Unlimited & Paperback Pre-order Link - https://geni.us/NqF0n Blurb; Read the brand-new novel from husband and wife writing team, Zane & Jenna Michaelson. For men, their advancing years can mean many things–eyebrows that grow together, an ever-expanding waistline, thinning hair, or worst of all, a low hanging scrotum. For women, their advancing years can mean only one thing–the curse of dry vagina. Affluent beauty salon owner, Michelle Cooper-Brown is suffering such symptoms and declaring enough is enough, she makes an appointment to visit her GP desperate for help. In the waiting room, she meets down-trodden, loudmouthed, cleaning lady, Donna-Marie Clark, who understands the symptoms of menopause only too well. A clash of worlds follows their initial meeting with the refined and lady-like Michelle horrified by Donna-Marie’s foul mouth and over-bearing personality. Eventually, Michelle discovers in Donna-Marie a kindred spirit–that rare person who can smile through adversity and find joy even in the darkest of times. A friendship blossoms between both ladies; one that opens new possibilities to the humdrum life both have settled for. - Through the itches and scratches of dry vagina, join Michelle and Donna-Marie as they navigate the trials and tribulations of the menopause.
Valentine's day is almost here! What better way to fill up your kindle than with these sweet reads!! ❤Sweet Enough to Eat Series ❤ Book 1 Sweet Cheeks by Olivia T. Turner- https://amzn.to/31FArK2 Book 2 Sweet Curves by Mila Crawford Author & Aria Cole • Author- https://amzn.to/38lvAAs Book 3 Sweet Nothings by Tory Baker https://amzn.to/37YJlVp Book 4 Sweet Dreams by Author Jamie Schlosser- https://amzn.to/39hdWxu Book 5 Sweet Tarte by Dani Wyatt- https://amzn.to/2OJPYDq Book 6 Sweet Spot by Frankie Love- https://amzn.to/2UFoRNG #SweetEnoughToEat #SweetDreamsJamieSchlosser

How to help keep this blog going strong. aka PayPal gift and Amazon Affiliat information