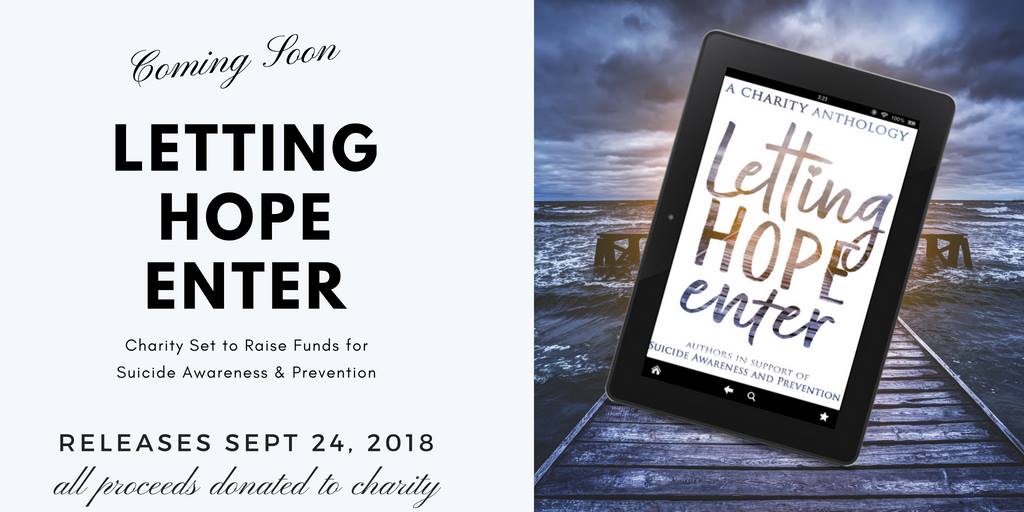 Letting Hope Enter: A Charity Set
Featuring: Multiple authors whose only goal is to help support Suicide Awareness and Prevention
Charity: All royalties will be donated to the American Foundation for Suicide Prevention
Cover Designer: Skye MacKinnon

Recently the news has started reporting the near epidemic issue of mental health illness and the rise in suicide rates. It’s a problem which could be handled and controlled so much more effectively, if there wasn’t a stigma associated with both suicidal thoughts and mental health problems.

This is a subject which has touched everyone in some way. Some have been affected directly; maybe they thought about it, or possibly even tried to end everything because they thought there was no other way. Others are diagnosed with various illnesses: bipolar, depression, anxiety…None of these should be a cause for shame. These can’t be controlled. People should feel comfortable talking about it and seeking help, instead of feeling like they need to hide it…

…and to know hope is always there, it just needs to be allowed to enter.

**Inside these pages are stories of despair, tragedy and pain, but also filled with hope and love and a way to see the light outside of the darkness.**