Claimed by the Lawman by Rhonda Lee Carver 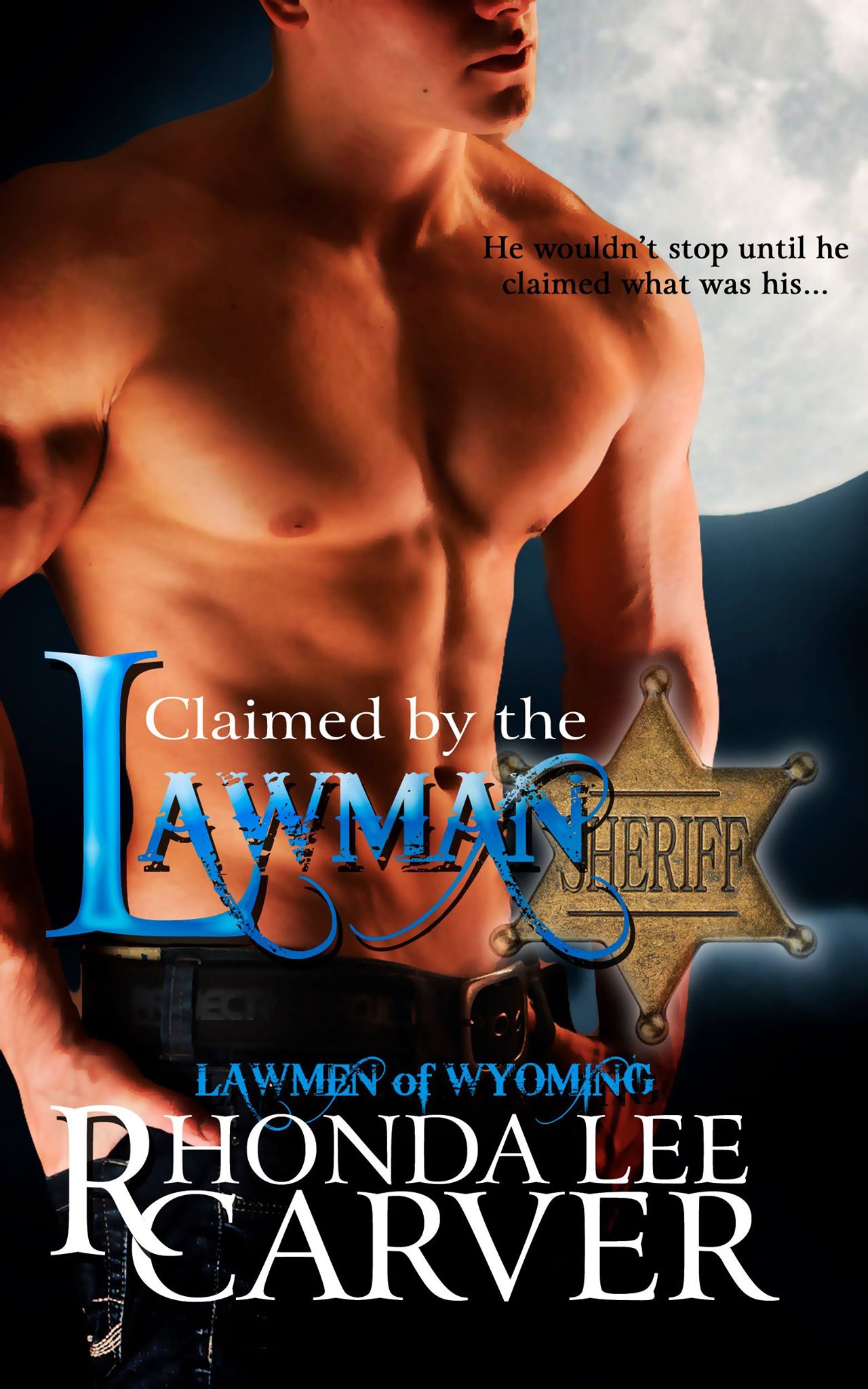 Excerpt:
Kace stepped out of his office, gun aimed at the floor as he glanced across the shadowed room. Seeing a silhouette in the cell, he growled. What the h***?
He switched on the overhead light and had to blink twice to make sure what he was seeing was real and not just leftovers from a dream. Sure enough. He wasn’t alone. “What the h*** are you doing?” He shoved his gun into the waist of his jeans and scrubbed the sleep from his eyes.
The petite brunette, the one who’d caused him lots of grief time and again, stood in the center of the cell, one palm on her slanted hip and the keys to the jail dangling from the hook of her finger. She wasn’t laughing otherwise he’d think this was a joke. They’d tipped enough cattle and egged enough bridges in the past that he could see how she might find this funny. He’d grown up though and he wasn’t in the mood for any funny business.
“Answer me, Tyler. What in blue skies are you doing in my jail?” He planted his palms on his hips as he took in the image before him. From her wavy, shoulder-length hair, across the bare skin exposed in the off-the shoulder white blouse, down the length of her long, tanned legs to the tops of her cowgirl boots. She looked just like she had fifteen years ago when she made his world turn. How was it possible that she hadn’t changed a bit? Not one wrinkle. Not a d*** thing to prove that she’d aged. How was it possible that even now he felt a familiar tension and a stitch in his heart. Hell-to-the-no. This couldn’t happen. He wouldn’t let it happen.
“What does it look like I’m doing?” She lowered the keys and that flared hip tilted west.
“It looks like you’ve gone and lost your mind. Now get out of my cell,” he growled.